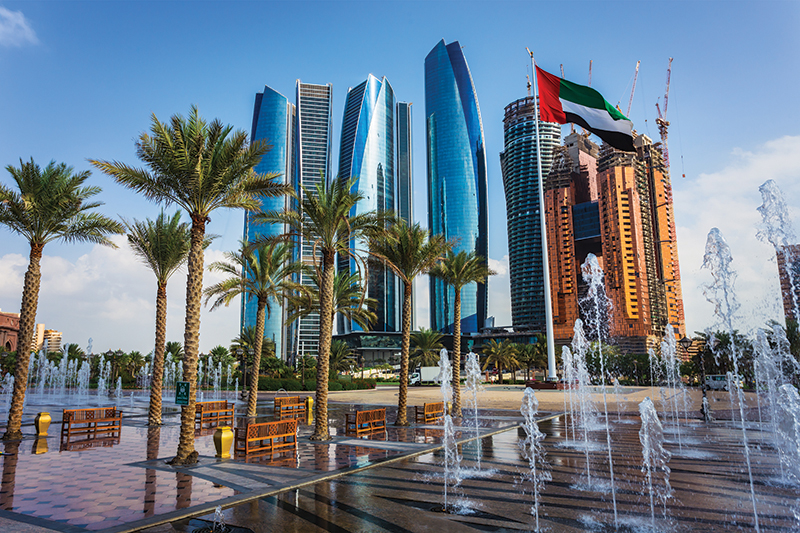 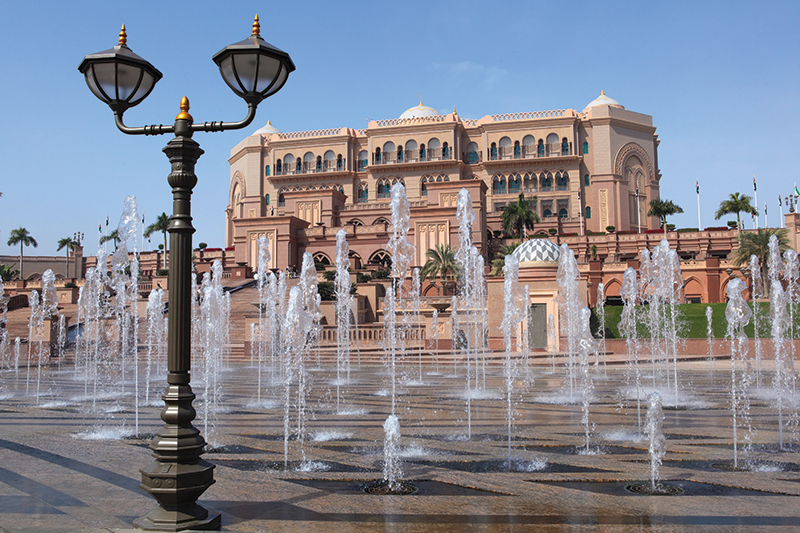 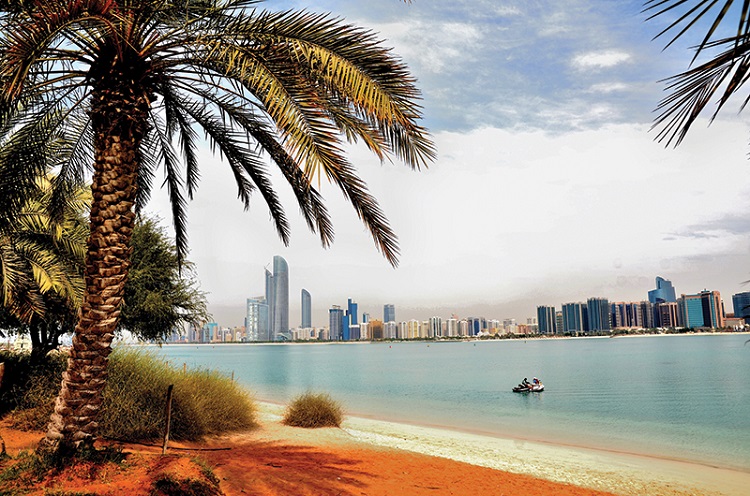 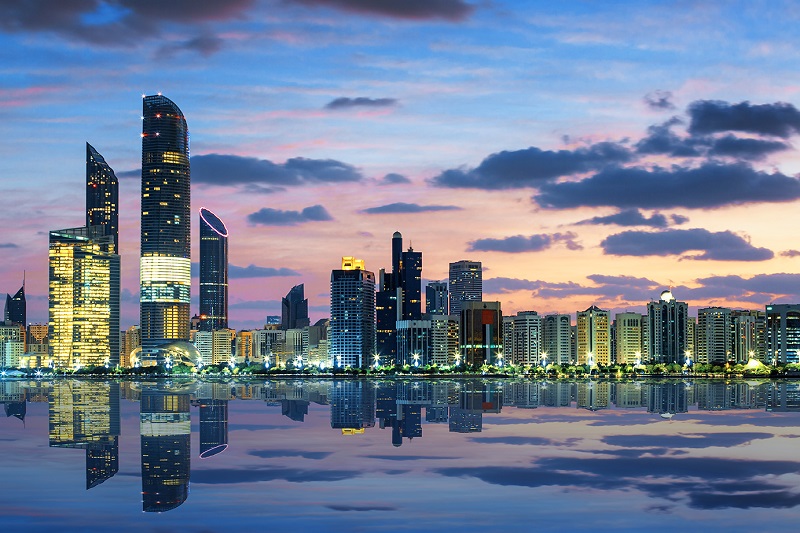 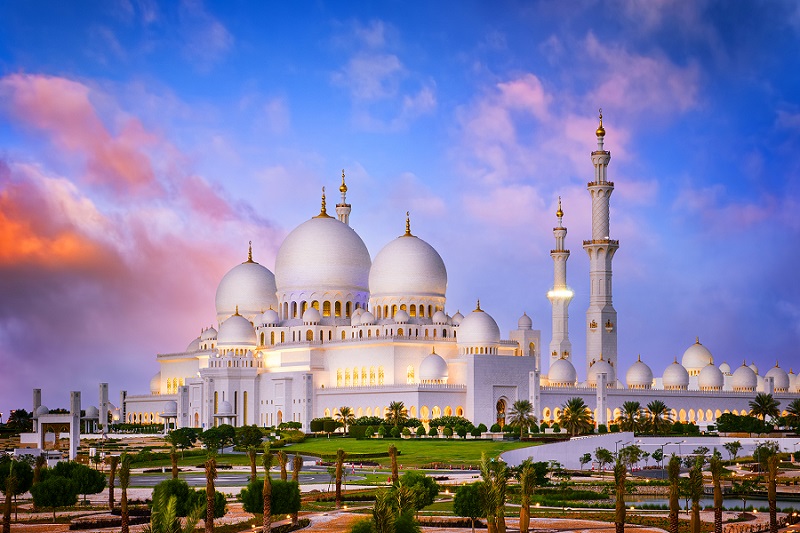 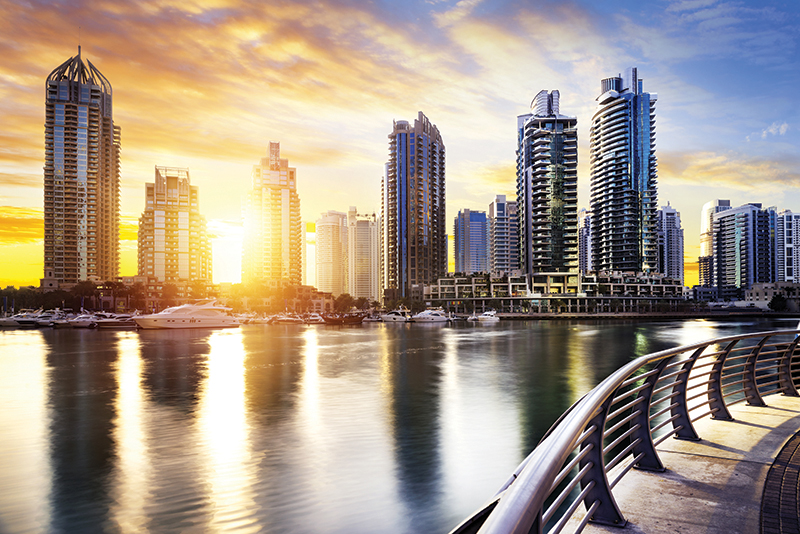 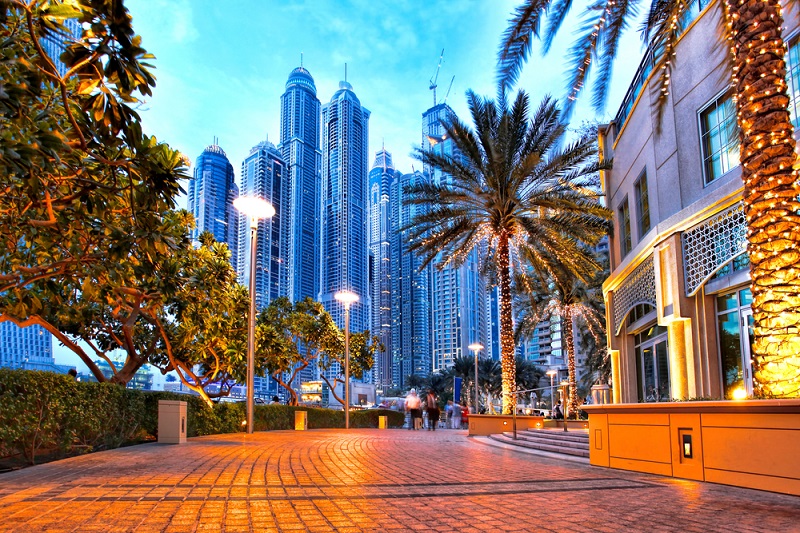 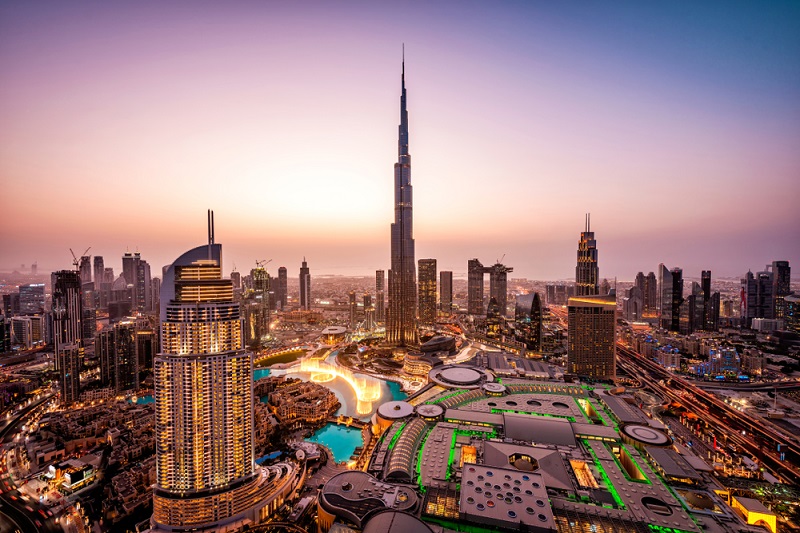 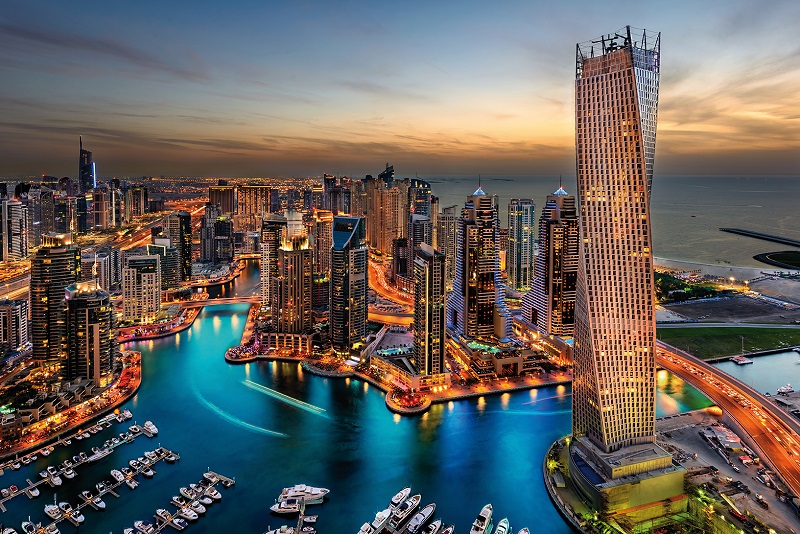 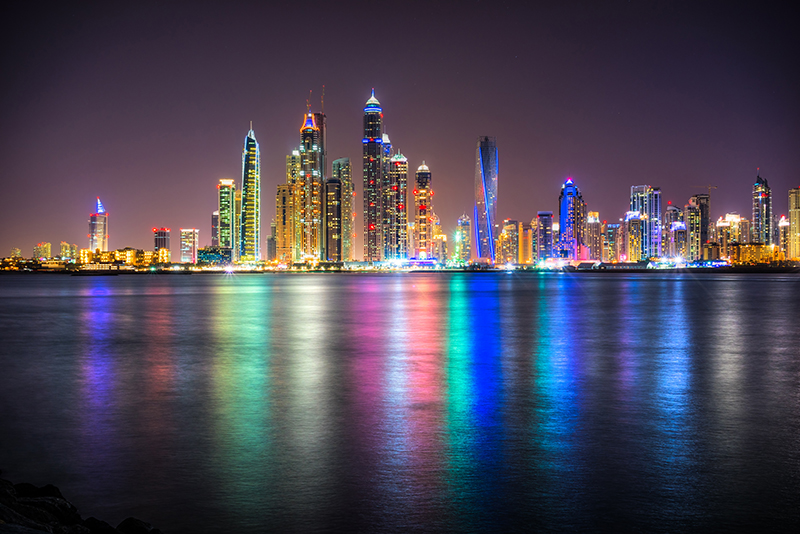 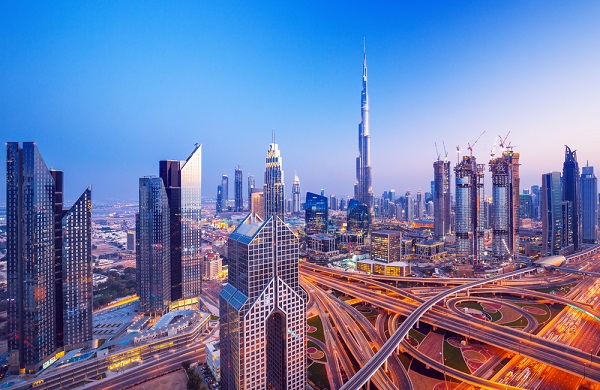 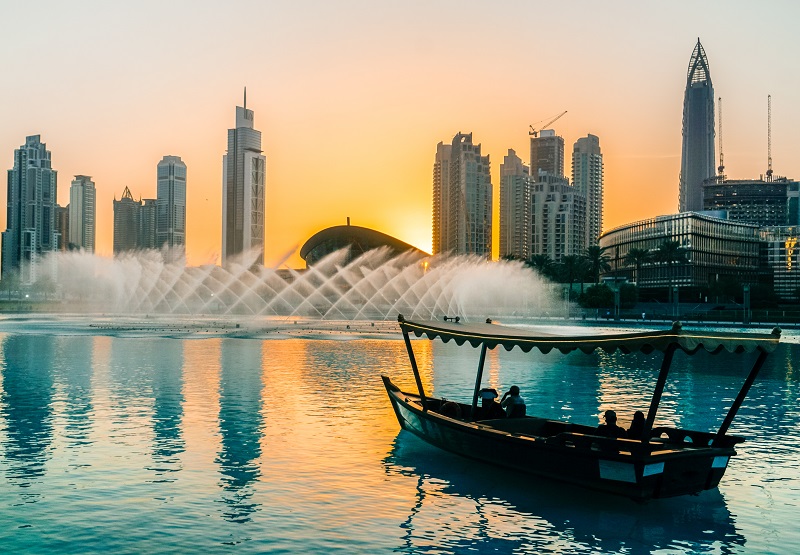 Fly from the UK to Abu Dhabi where you'll transfer to your chosen hotel for a four-night stay. This fascinating emirate is packed to the brim with sights and attractions; from Sheikh Zayed Grand Mosque and Louvre Abu Dhabi to Yas Island’s Ferrari World Dubai, Warner Bros World, and Yas Waterworld. Get up close to iconic birds of prey at Abu Dhabi Falcon Hospital and visit over 13,000 freely-roaming animals at Sir Bani Yas Island’s 10,000-acre wildlife reserve.

On Day 9, you'll be transferred to the airport for your flight back to the UK with many treasured memories of your trip.

The capital of United Arab Emirates; Abu Dhabi sits on the Arabian Gulf and boasts a skyline of modern skyscrapers and futuristic shopping malls; complemented by ancient souks, luxury spas, top-class golf courses, and a myriad of green spaces. Culture fans head to Sheikh Zayed Grand Mosque’s with its onion-top domes, reflective pools, iconic prayer hall, and the world’s biggest chandelier and carpet and also to admire the diverse artworks on display at the spectacular Louvre Abu Dhabi.

Transfer to Dubai, where you'll check into your chosen hotel for your final four nights.

The iconic emirate of Dubai is renowned for its shopping scene, captivating modern architecture, and vibrant nightlife scene. It's often described as Las Vegas without the casinos, due to its super-sized hotels, amusement parks, aquariums, designer cars, and luxury yachts. Relax on the golden sandy shores of Jumeirah Beach and the Persian Gulf or spend time on the tree-shaped Palm Jumeirah to discover glitzy beach clubs and decadent nightclubs with DJ sets.

The tallest structure and building in the world is a must-visit; the Burj Khalifa boasts 160 stories, while the adjoining man-made Burj Khalifa Lake is home to the spectacular Dubai Fountain with its water jets and lights choreographed to music. Pay a visit to Ras Al Khor nature reserve to see the amazing pink flamingos and migratory birds or encounter the flora, fauna, and falcons up close at Dubai Desert Conservation Centre.

Hays Faraway recommendations
Our experts have hand-picked a small selection of luxury properties to help inspire your next holiday. However, we have many more available and can tailor make a personal itinerary to ensure your next worldwide holiday is exactly as you want it to be.
Call us today on 0800 412 5292 or contact us online
Guide price from
£979
Guide price is per person. Based on 2 people sharing for 9 nights on Room Only. Flying from regional airports. Year round departures. Transfers included.
This offer can be booked with your local branch, click here to find your nearest branch. Alternatively this offer can be booked by calling us on
0800 412 5292
You may also like...

Dubai Springing up from the Arabian Desert seemingly overnight, Dubai is an innovative city that goes out of its way to impress. This modern metropolis is... 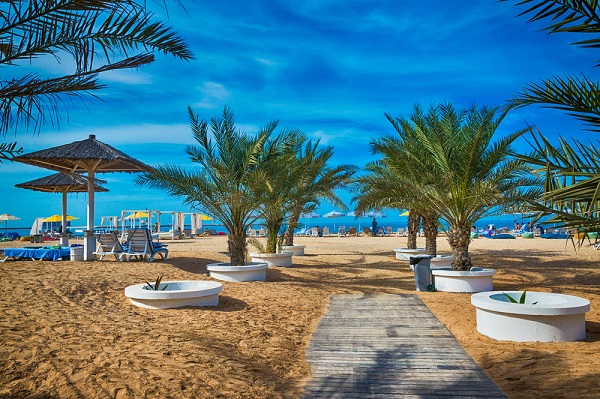 Ras Al Khaimah Ras Al-Khaimah sits on the shores of the Arabian Gulf in the United Arab Emirates; just a short distance from the busy metropolis of Dubai....
How to book
This website features a small selection of our holidays, we have hundreds more available and can tailor make your perfect getaway.
Call our specialists on:
0800 412 5292
7 days a week Mon-Sun (8am-11pm)
Why choose us?
Already booked or need help with your holiday? Call the Hays Faraway customer services team on 0333 033 9985