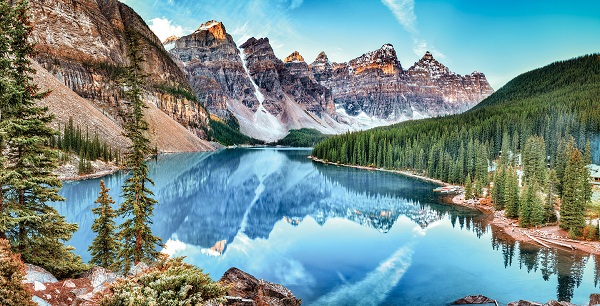 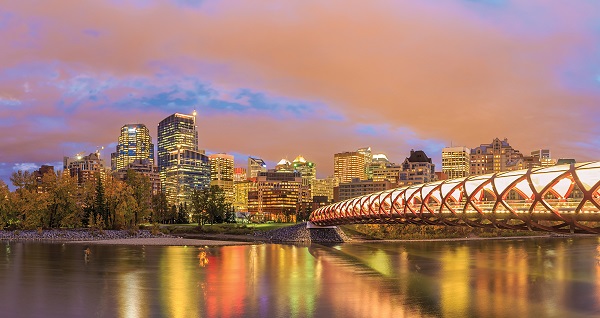 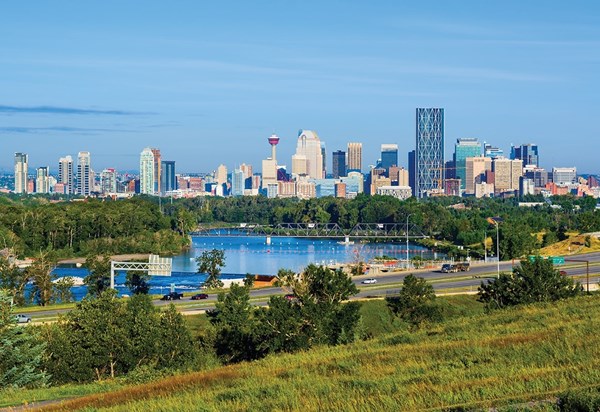 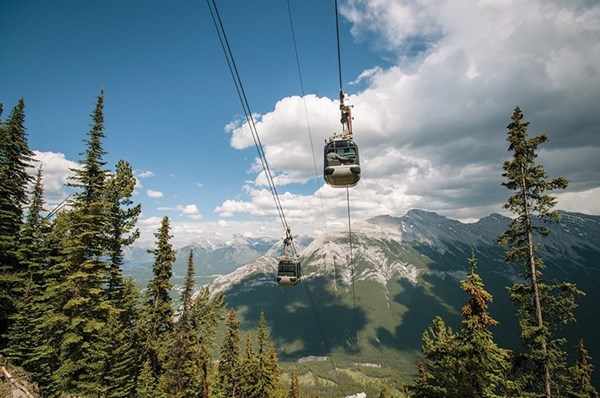 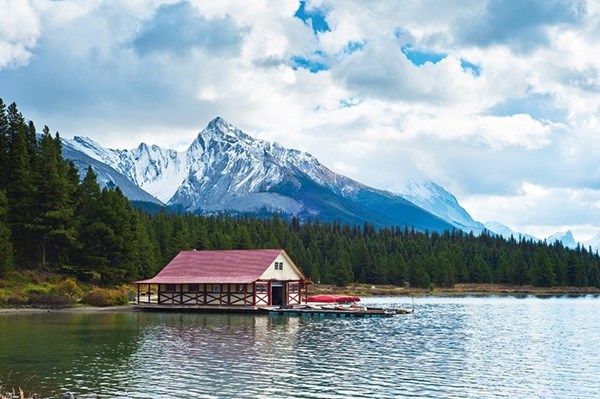 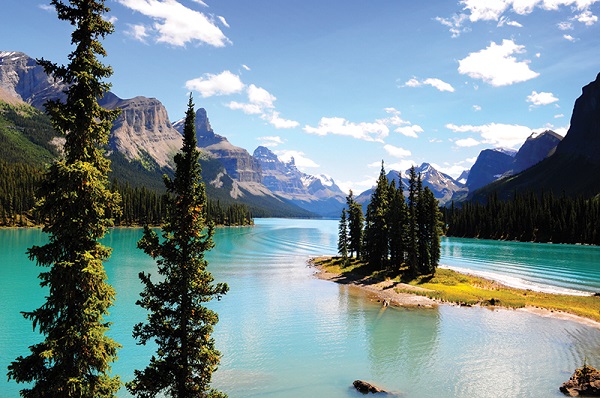 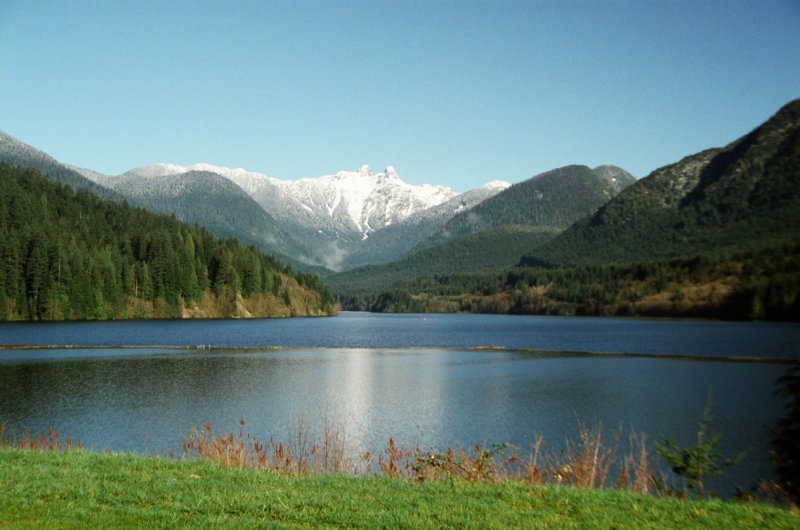 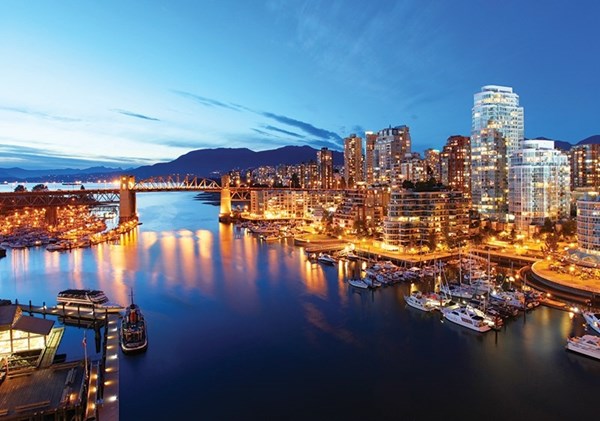 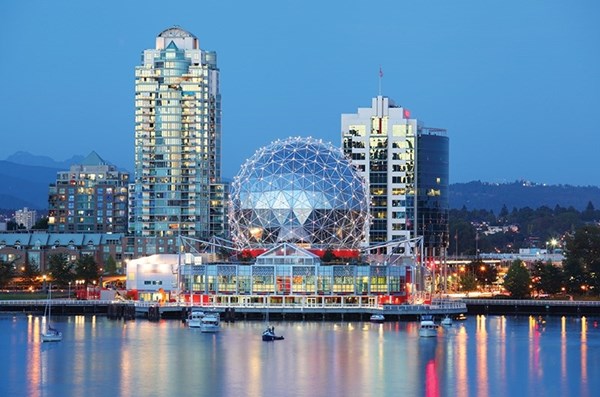 You'll spend the first two nights in Calgary. Most famous for the Calgary Stampede that takes place each July; Calgary is also a Mecca for skiing and hiking in the nearby Rocky Mountains, cityscape views from Calgary Tower, and indigenous wildlife at Calgary Zoo. The next duo of nights are spent in Banff; perfect for riding the Banff Sightseeing Gondola and visiting Johnson Canyon, Banff National Park, Columbia Icefields Parkway, and Banff Upper Hot Springs.

Drive onwards to Jasper; where you'll stay for the next two nights. Bask in easy access to Maligne Canyon and Lake, Columbia Icefield Glacier, Athabasca Falls, and close up encounters with local wildlife such as bears, big horn sheep, elk, and moose. The next two nights are spent in Kamloops; where you can see the remains of a 2,000 year-old village at Secwepemc Museum and Heritage Park, seek out the diverse art murals in the back alleyways of Downtown Kamloops, and ride Kamloops Heritage Railway.

The finale of your trip is a couple of nights in Vancouver. Walk to Stanley Park for Canada’s largest aquarium and the scenic seawall leading to English Bay Beach; enjoy some culture at Museum of Anthropology, Vancouver Art Gallery, Orpheum Theatre, and Science World; amble across Capilano Suspension Bridge; and hop on a ferry to Granville Island. On Day 11, you'll drive to the airport and drop off your hire car before boarding your flight home to the UK with many treasured memories of your trip.

Your Canadian Rockies Self Drive adventure starts with your flight from the UK to Calgary. Pick up your hire car at the airport and transfer to Sandman Signature Hotel for a two-night stay on a room-only basis.

Calgary sits to the south of the Canadian province of Alberta at the confluence of the Bow River and Elbow River. Most famous for the Calgary Stampede that takes place each July; Calgary is also a Mecca for skiing and hiking thanks to its close proximity to the Rocky Mountains and is packed to the brim with sights and attractions. Get your bearings of Calgary's amazing landmarks, cityscape, and distant mountain views from the viewing platform at Calgary Tower.

Step back to a bygone era at the Heritage Park near Glenmore Reservoir, trace the city's creation at Fort Calgary, or explore Canada's aviation heritage at Aero Space Museum of Calgary. Visit Canada's Hall of Fame and try skiing, snowboarding, zip-lining, tobogganing, and mountain biking at Canada Olympic Park. Get up close to indigenous wildlife at Calgary Zoo or watch show jumping at Spruce Meadows. Take a walk through Prince's island Park and go shopping at nearby Eau Claire Market.

Drive to Banff for the next two nights and a bed & breakfast stay at the Elk & Avenue Hotel.

The resort town of Banff sits at the heart of Banff National Park in the Canadian province of Alberta. The town is dominated by Rocky Mountain peaks of Mount Rundle and Mount Cascade and the vast surrounding parkland is home to an eclectic mix of wildlife including elks and grizzly bears. Stroll along Banff Avenue and indulge in retail therapy in the boutiques or dine on tasty local cuisine in the many restaurants.

Ride the Sulphur Mountain Gondola up Sulphur Mountain and follow the Banff Skywalk trail to Cosmic Ray Station National Historic Site of Canada and the Sanson's Peak Meteorological Station. Enjoy a leisurely canoe ride on the turquoise waters of Lake Louise and admire the impressive Chateau Lake Louise on its shoreline. Hike along the Rockpile Trail to soak up the best views of the equally picturesque Moraine Lake or take a trip along Canada's most scenic highways, Icefields Parkway.

Hit the open road and drive to Jasper for a two-night room-only stay at the Marmot Lodge.

You'll find the alpine town of Jasper in Jasper National Park in Canada's Alberta province. This picturesque town sits amid the snow-capped Canadian Rockies; an area rich in glacier-fed lakes, forests, and rivers. Bask in easy access to Maligne Canyon and Lake, Columbia Icefield Glacier, Athabasca Falls, and close up encounters with local wildlife such as bears, big horn sheep, elk, and moose. Winter brings skiing and ice climbing and summer is all about horse riding and white-water rafting.

Take a long leisurely soak at the amazing Miette Hot Springs. Ride on the Jasper Sky Tram up to the top of Whistlers Mountain to enjoy panoramic vistas of the downtown area and beyond. Explore the fascinating exhibits at Jasper Yellowhead Museum and Archives. Play a round of golf at Fairmont Jasper Park Lodge's golf course. End your days gazing up at Jasper's star-filled skies or savour a close up view through a telescope at Jasper Planetarium; the town is a designated Dark Sky Preserve.

The following two nights are spend on a room-only basis at the Hampton by Hilton.

The British Columbia city of Kamloops sits proudly where the North and South Thompson rivers meet. To the north-east, you'll find the hiking trails, ski runs, and bike park of Sun Peak Resort; to the east, get up-close to bears and cougars at British Columbia Wildlife Park; and to the west, above Kamloops Lake, you'll see clay hoodoos. Kamloops even has a beach - Riverside Park Beach - alongside South Thompson River Downtown; complete with water park, playground, picnic area, and summer live music.

See the remains of a 2,000 year-old village at Secwepemc Museum and Heritage Park or explore the exhibits at Kamloops Museum & Archives. View modern Western and aboriginal art at Kamloops Art Gallery or seek out the 26 diverse art murals along the back alleyways of Downtown Kamloops. Try your hand at ice skating or watch a hockey game at Memorial Arena. Drive to Monte Creek Ranch or Harper's Trail Wineries for a wine tasting or travel back in time on the skilfully-restored Kamloops Heritage Railway.

Drive from Kamloops to Whistler and check into the Adare Hotel for your one night room-only stay.

Drive to Vancouver for your final two nights at the Hotel Belmont on a room-only basis.

The bustling British Columbia west coast sea port of Vancouver unites a vibrant cosmopolitan city with a unique backdrop of wilderness adventure. This city is home to an eclectic selection of neighbourhoods such as Chinatown, Punjabi Market, Gastown, and Yaletown. Walk to Stanley Park for Canada’s largest aquarium and the scenic seawall leading to English Bay Beach, or enjoy some culture at Museum of Anthropology, Vancouver Art Gallery, Orpheum Theatre, and Science World.

Spend time at Queen Elizabeth Park; home to mini-golf, tennis, an outdoor arboretum, sunken Quarry Garden, and Bloedel Conservatory. Make sure you visit iconic Canada Place - where you can ride the FlyOver Canada simulator and see the country from coast to coast. You can also take a thrilling walk across Capilano Suspension Bridge - which hovers 230 feet above Capilano River - and hop on a ferry to Granville Island to find craft shops, a public market, and Canada's first microbrewery.

Drive to Vancouver Airport where you'll drop off your hire car and catch your flight home to the UK.