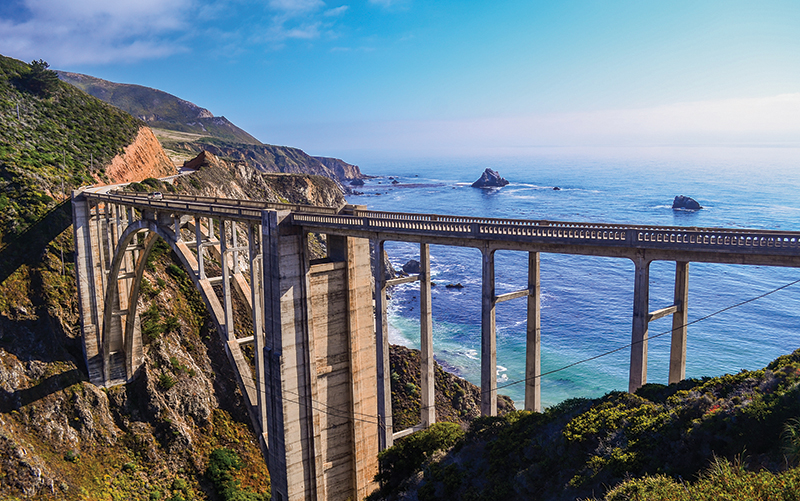 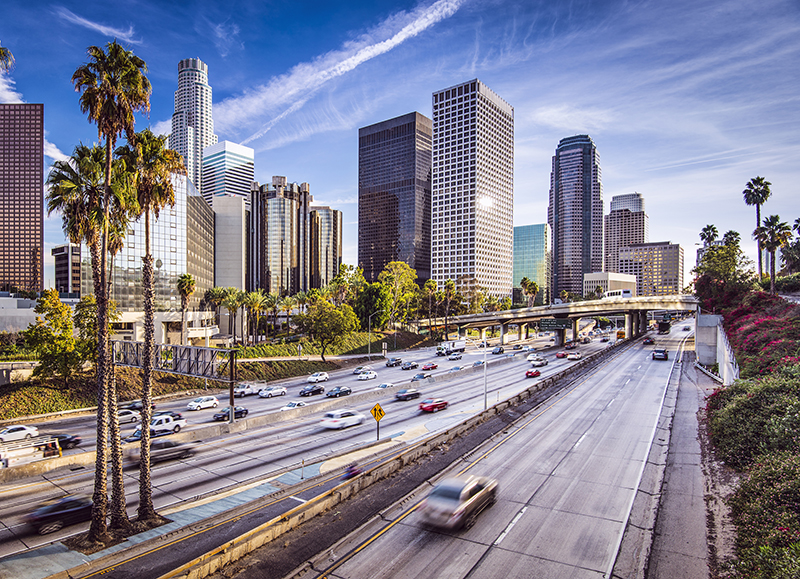 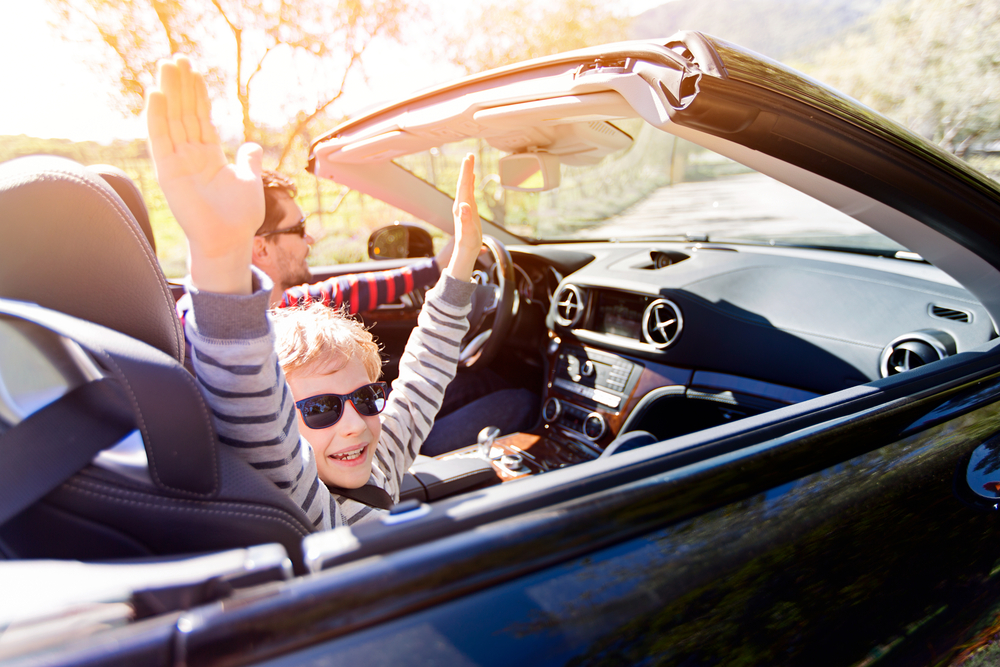 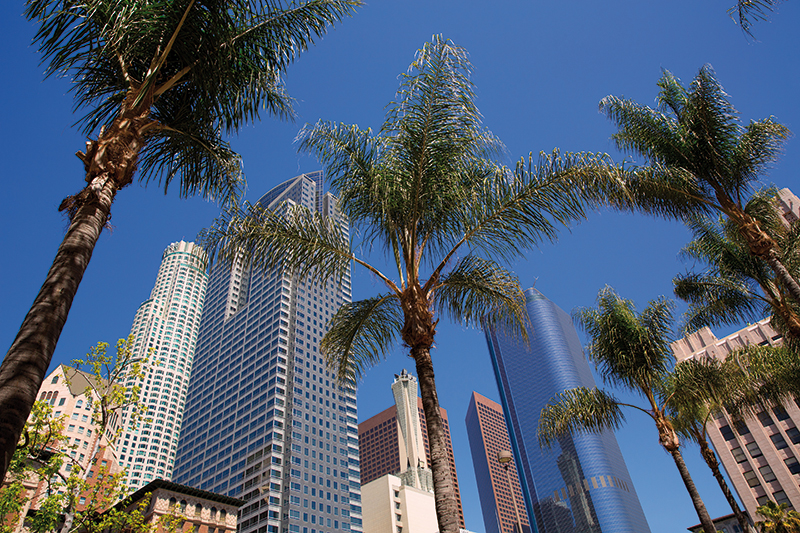 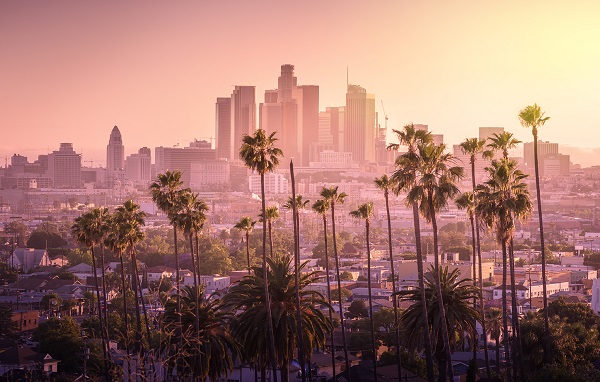 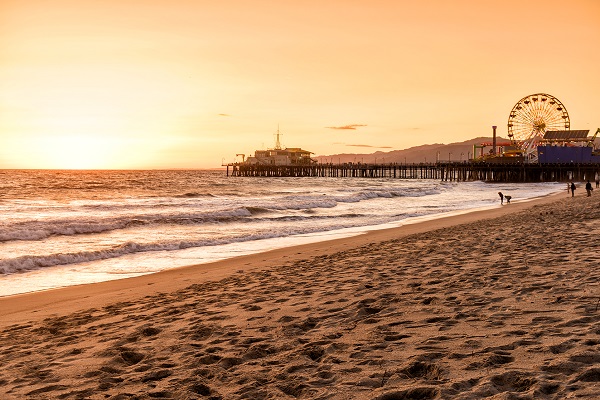 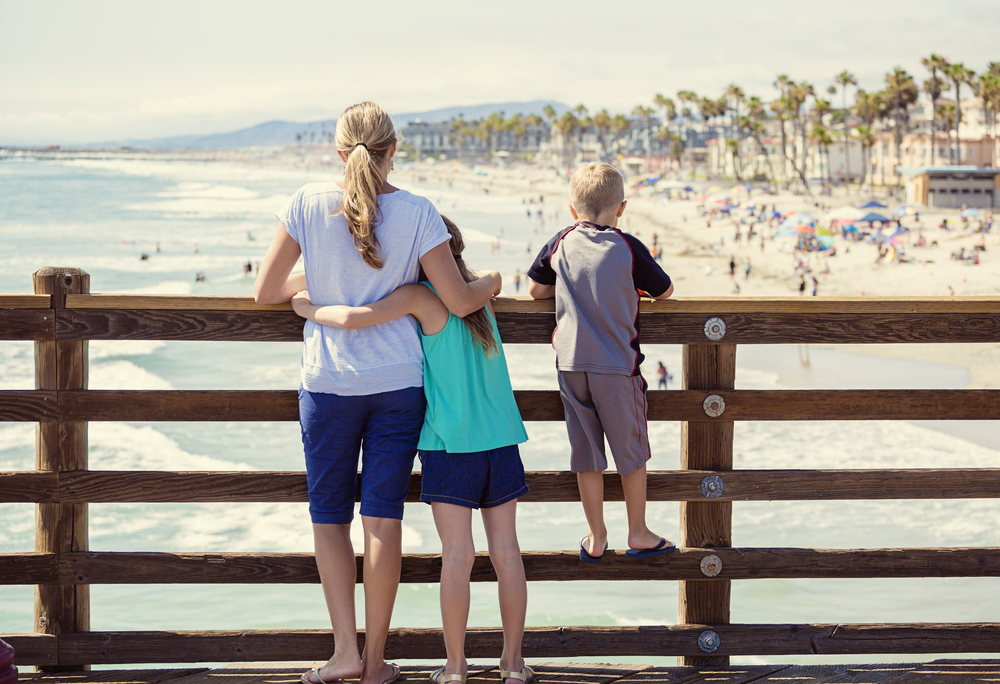 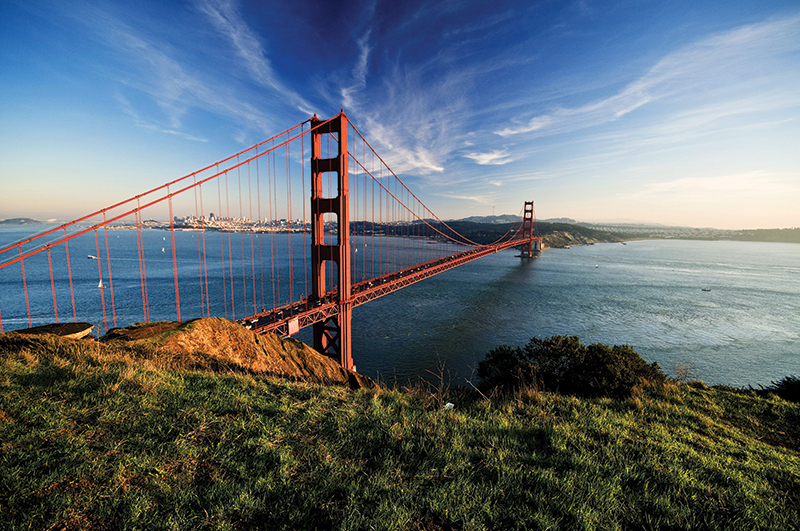 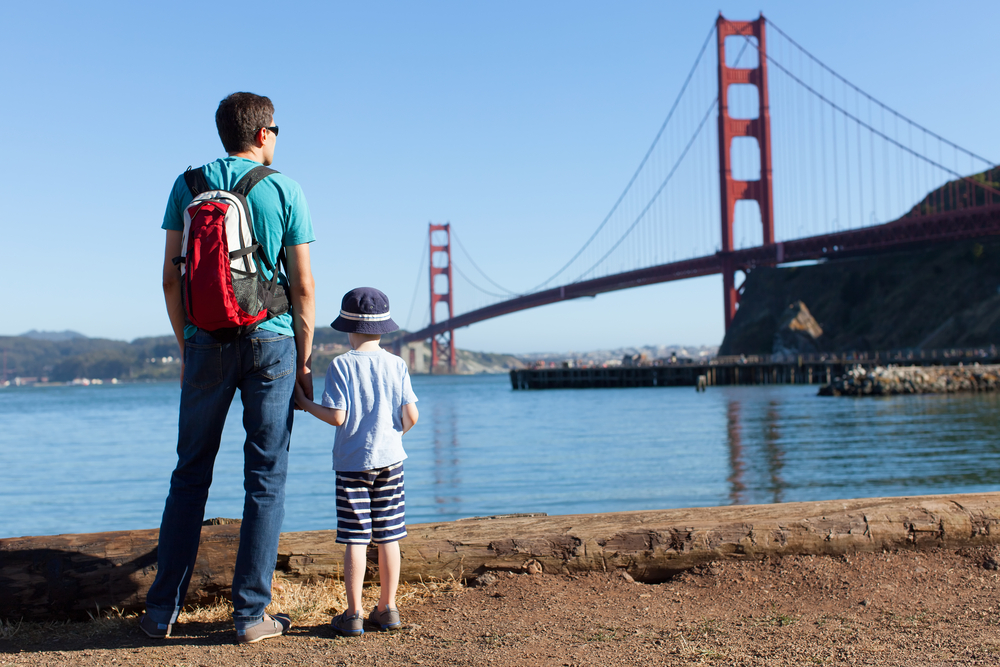 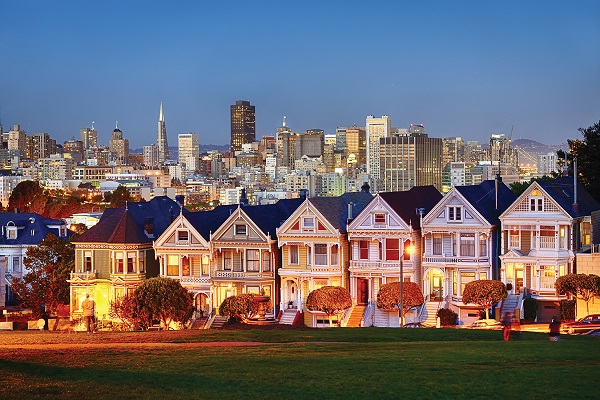 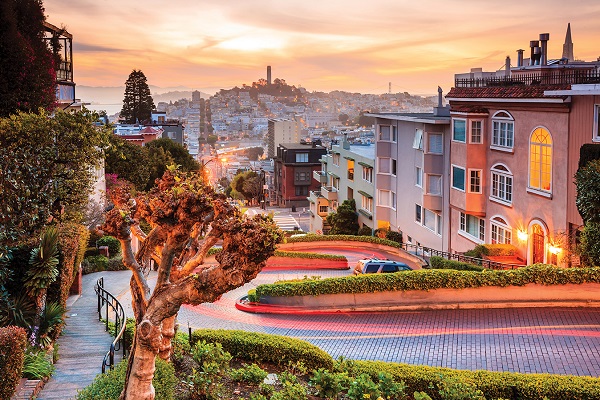 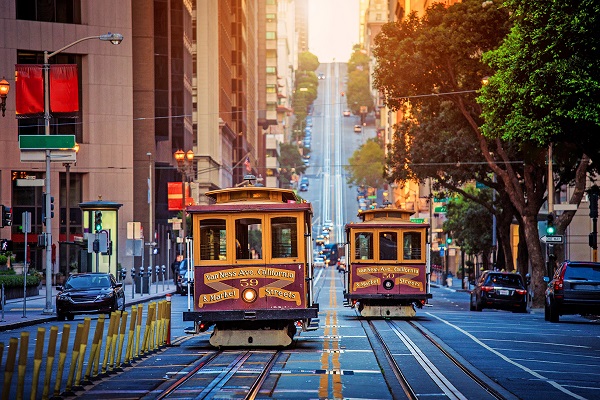 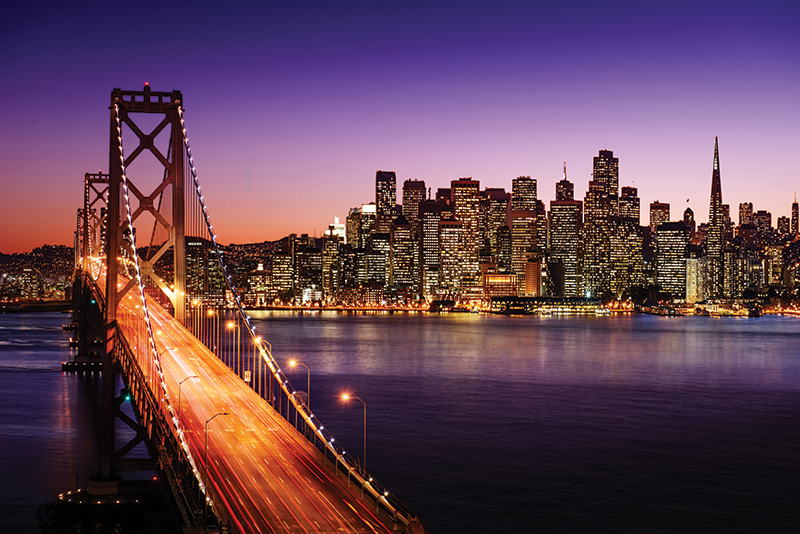 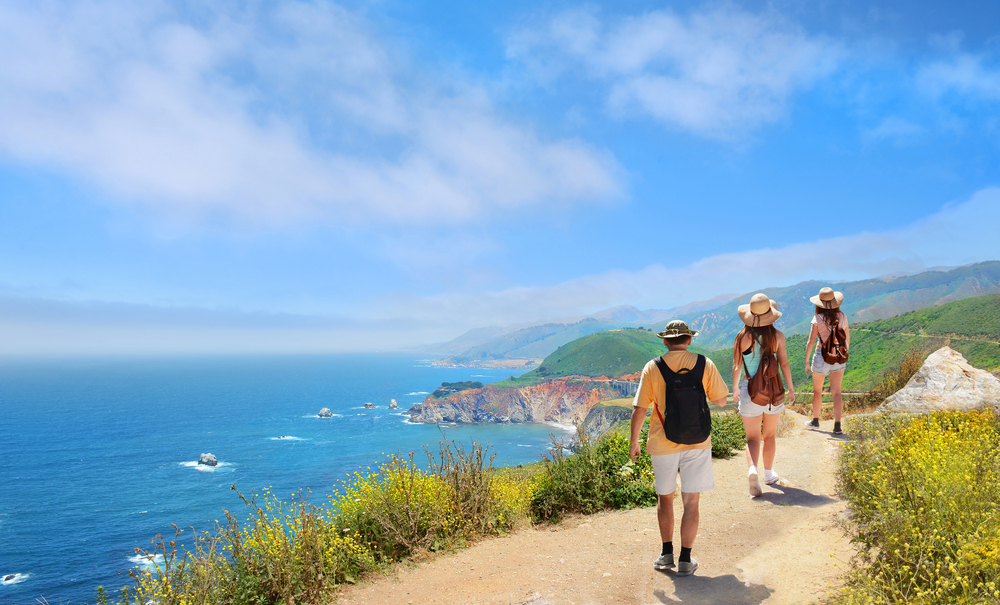 Your 10-night Family Holiday to California gets underway with your flight from the UK to Los Angeles. Anaheim is brimming with things to do and see; Disneyland, Disney California, and Downtown Disney. Why not get some history under your belt by visiting The Richard Nixon Library & Museum? Santa Ana Zoo also guarantees the best family day out in the city.

Day 6, drive to Monterey for a two-night stay; just minutes away from Cannery Row, Pebble Beach, and the world-renowned Monterey Bay Aquarium. Drive to San Francisco and check in to your hotel for a three-night stay. The hotel is just a short distance from San Francisco's famous cable cars, with AT&T Park, TransAmerica Pyramid, Westfield Mall, San Francisco Museum of Modern Art, and the famous Pier 39 nearby too.

On Day 12, you'll fly back to the UK with many unforgettable memories to treasure from your trip!

This Anaheim, Santa Barbara, Pismo Beach, Monterey, and San Francisco multi-centre adventure starts with your flight from the UK to Los Angeles. On arrival, you'll transfer to your chosen accommodation.

Enjoy thrilling rides, a guided tour of the studio, or explore behind the scenes on movie sets at Universal Studios Hollywood, or experience dozens of action and adventure rides at Disneyland Resort. For the kids, Discovery Cube Orange County is great for hands-on exhibits and a plethora of educational programmes. Pirate's Lair on Tom Sawyer Island has been open since 1956 and is filled with rope bridges and exciting hideaways inspired by the adventures of Tom Sawyer himself.

Take a trip to The Richard Nixon Library & Museum to uncover artefacts, as well as the famous birthplace and gravesite of the president. Try something new with the Pirates Dinner Adventure to experience a delicious dinner on an 18th-century ship replica and an enticing show on stage. Santa Ana Zoo is a 20-acre zoo focusing on the animals and plants of Central and South America and attracts 270,000 people annually; a great day for family fun.

Drive to Santa Barbara where you'll check in for a one night's stay at your chosen accommodation.

Santa Barbara combines Spanish-style architecture and a mountainous backdrop with a chic waterfront and abundant attractions. The palace-like Santa Barbara County Courthouse offers a fascinating insight into local architecture and affords fantastic city-wide views from the top of its El Mirador bell tower. Enjoy 5000 years of human history through the exhibits and a mural of the United States at Santa Barbara Museum of Art.

Explore the area’s maritime heritage at Santa Barbara Maritime Museum or take a guided tour of Spanish-Mexican style El Paseo Complex. Get up close to marine life at the Sea Center and a variety of animals from near and far at Santa Barbara Zoo. Escape to the tranquil Santa Barbara Botanic Garden and admire indigenous flora and fauna. Visit Santa Barbara Zoo for the chance to catch a look at hundreds of animals in their natural habitats combined with perfect picnic spots.

Located beautifully on the central coast of California, Pismo Beach is iconic for its many wineries and many beaches. During your visit, The Monarch Butterfly shelters monarch butterflies that migrate to Pismo State Beach in the cooler months. Packed with ocean views and a playground for the kids, Dinosaur Caves Park is situated at the top of a rugged bluff and features fascinating trails. A great place to watch the sunset, try your hand at fishing, or go walking is Pismo Beach Pier.

Oceano Dunes Natural Preserve promises an insightful day out, with its wide expanse of tall and undisturbed dunes leading down to the ocean. This is a top spot to slip on your hiking boots and get exploring. Pack up a family picnic and head to Spyglass Park to soak up blue skies, relax on the beach, and watch the kids play freely to make new friends. Soak in the heated freshwater pool and whizz down the slides at Avila Hot Springs.

Drive to Monterey and check into your chosen accommodation for a two-night stay.

Set on California's rugged central coast, Monterey is a picturesque city which homes California's first theatre, public building, public library, publicly funded school, printing press, and newspaper. The city is well known for the diversity of its marine life, including sea lions, sea otters, harbour seals, pelicans and dolphins, and the Monterey Aquarium is a top attraction. The beaches in Monterey are spectacular; soak up the sun on Pebble Beach and enjoy the tranquil beauty of Carmel Beach.

On a visit to Cannery Row you can expect enticing restaurants and captivating boutiques; the street’s picturesque charm makes it the ideal place to soak up the local culture. The Old Fisherman's Wharf, used as an active wholesale fish market in the 1960's, it eventually became a tourist attraction. The oldest continuously operating parish and oldest stone building in California, San Carlos Cathedral, is a stunning look-out and great photo opportunity.

Drive to San Francisco where you'll check into your chosen accommodation for your final three nights' stay.

This hilly city is located in northern California on the tip of a peninsula surrounded by San Francisco Bay and the Pacific Ocean. Famous for its year-round fog, the main attraction to visit here is the iconic Golden Gate Bridge. San Francisco is characterised by its culturally-rich neighbourhoods and this 7x7 mile city is best explored on foot. Alcatraz, America’s most famous prison can be seen on a rock in the middle of the bay; take a tour and see the inescapable cells.

Haight-Ashbury, also known as ‘The Haight’, was home to the city’s hippie movement in the 1960’s and is now the place to go for high-end boutiques and uber-chic cafes. Sip coffee by the waterfront in North Beach, or join the keen joggers and cyclists who make the most of the massive green parks. Rest your legs and ride the cable cars up the city's sharp inclines. Pier 39 is a bustling bayside pier featuring scenic views, sea-lion sightings, eateries, shops, and plenty of entertainment.

You will check out of your chosen accommodation today and take a shuttle transfer to the airport for your flight back to the UK.

USA Tours Vibrant cities, iconic sights, jaw-dropping scenery, fascinating culture, tasty culinary delights, and thrilling adventures...discover all this and more on one of our USA and Canada...