We are closely monitoring the ongoing Covid-19 (Coronavirus) situation, click here for all the latest information. 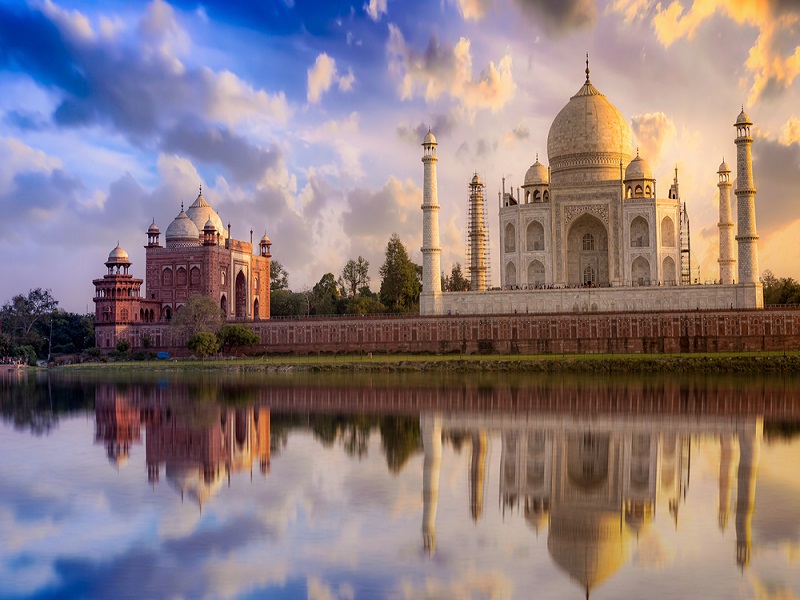 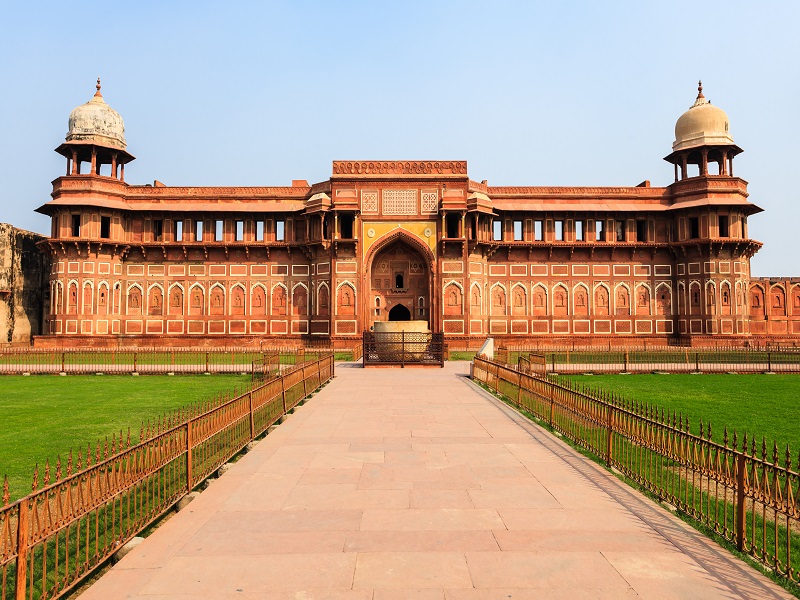 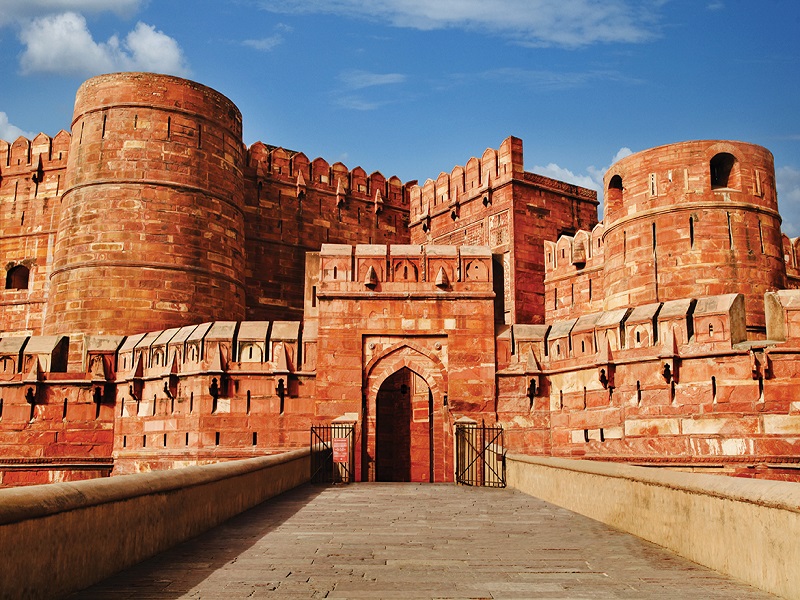 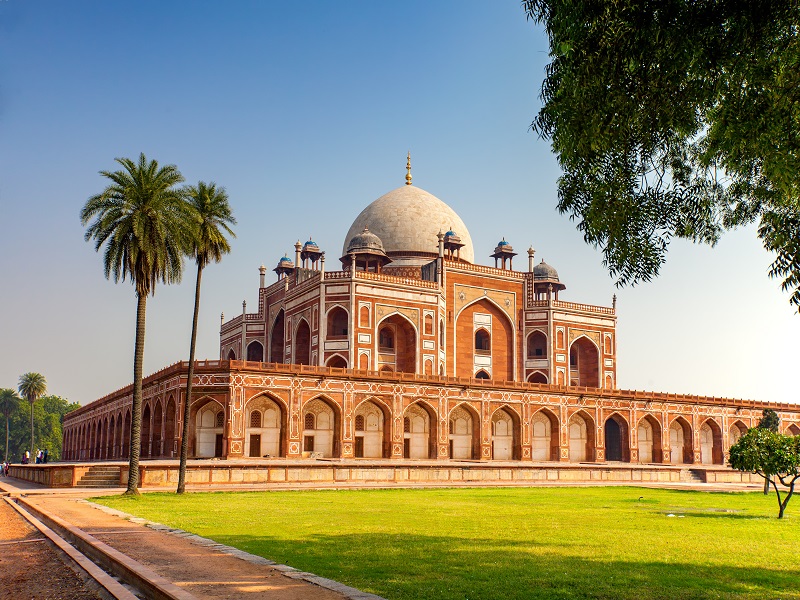 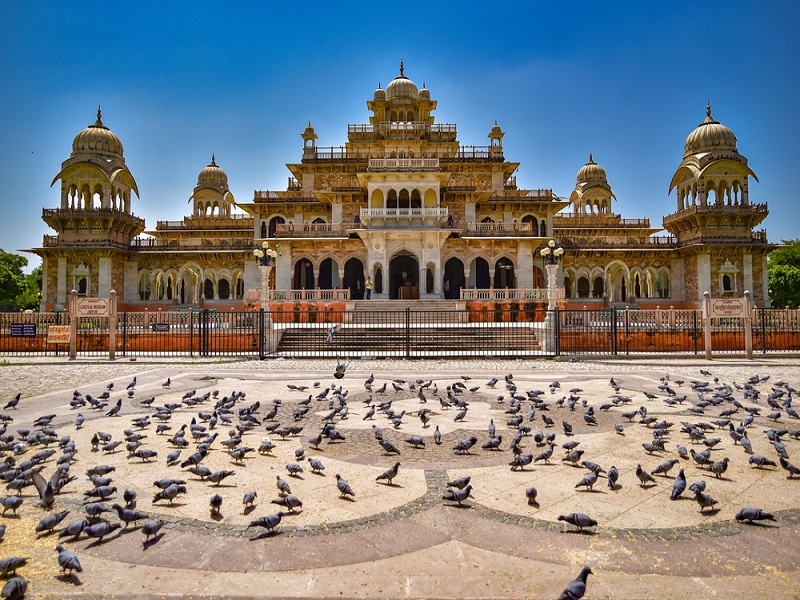 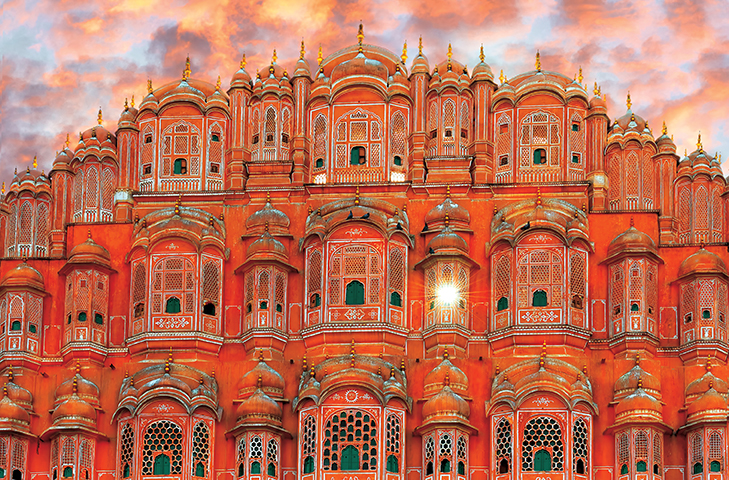 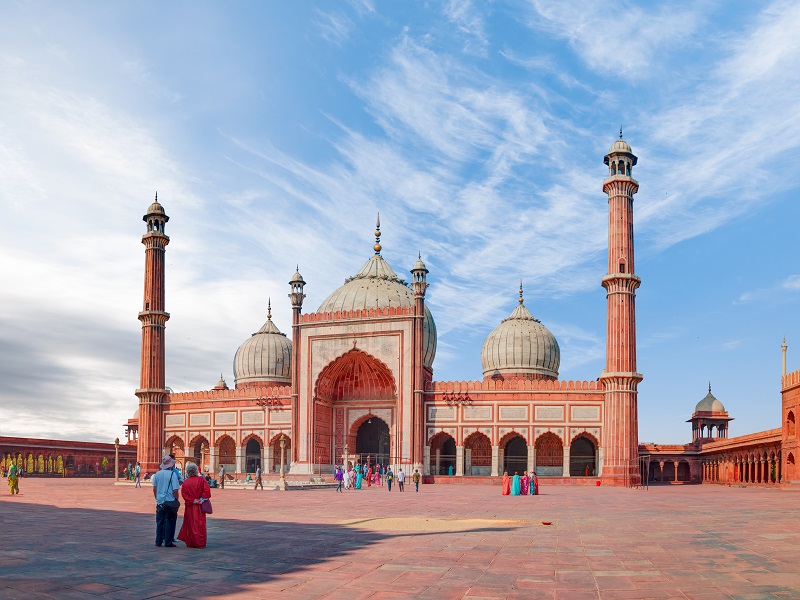 Indian Golden Triangle
Hays Faraway Extras
Combine a tour of the famous Golden Triangle with the exuberant festivities of Holi - India’s most dazzling celebration, when streets throughout the country are transformed into a kaleidoscope of colour
Why book...
Overview Full itinerary

Your seven-night Indian Golden Triangle Tour holiday gets underway with your flight from the UK to Delhi. During your seven days of your trip enjoy a tour of India's most iconic cities; spend two days exploring Delhi, two days in Agra, and two days in Jaipur.

Spend your first two days in Delhi to explore the city's top attractions including the world-famous Humayun's Tomb, the 1920s triumphal arch India Gate, Mughal-style mosque Jama Masjid, and the vast temple Akshardham which celebrates Indian art. Next move on to the city of Agra for two days where the iconic Taj Mahal, Agra Fort, and Tomb of Akbar the Great are must-visits.

Another two full days of excitement await when you reach Jaipur, here you are close to Amber Palace, the well-known 'Palace of the Winds' Hawa Mahal, Jantar Mantar, and Nahargarh Fort. Once you've come to the end of your India tour head back to Delhi for your flight back to the UK.

Namaste! Welcome to India! Our representative will meet you in the arrival area of the airport after you clear all immigration and custom formalities. He will be assisting you and transfer you to your hotel where you will check in for your stay.
India’s capital and a major gateway to the country, contemporary Delhi is a bustling metropolis, which successfully combines in its folds - the ancient with the modern.
• Arrive Delhi • Transfer to your hotel

After breakfast, proceed for the full day city tour of Old & New Delhi including visit of the 17th century Jama Masjid and enjoy normal rickshaw ride through the narrow, winding lanes of colourful and bustling Chandni Chowk.. Also stop in front of the Mughal Empire’s most opulent fort, the Red Fort for a photo stop. Later Visit Raj Ghat where Mahatma Gandhi was cremated.
Afternoon proceed to New Delhi where you will be taken for the Drive past of The Presidential Palace, the one-time imperial residence of the British viceroys, the India Gate, a memorial raised in honour of the Indian soldiers martyred during the Afghan war and a drive along the Rajpath past the Parliament House and secretarial buildings.
Afterwards visit Qutub Minar, the 12th century tower of victory built by a slave king and prototype of all minars (towers) in India. Also visit the 16th century Humayun’s tomb, a precursor to the Taj Mahal.
Spend the evening at leisure.

On the morning after breakfast, drive to Agra.
Once a small village on the banks of the Yamuna, it was transformed by two great Mughal monarchs, Akbar and his grandson Shah Jehan into the second capital of the Mughal Empire – Dar-ul-Khilafat, or ‘seat of the Emperor’ in the 16th & 17th century.
Arrive in Agra and check in at Hotel. Spend rest of the day at leisure.

Sunrise visit of the Taj Mahal (Closed on All Fridays) with guide. On the inner walls, jewel-like stones create beautiful designs in white marble. The Mughals perfected the art of embedding semi-precious stones into marble and the Taj is the finest example of this special process called pietra dura. It begins with a marble plate, varying in size. Then jewels are sliced paper thin and embedded in the marble with such precision that the joints are invisible to the naked eye.
Later return back to the Hotel for breakfast. After breakfast, visit of Agra Fort, which was originally started by Emperor Akbar in 1565, but his son, Jahangir, and grandson, Shah Jahan, later made valuable additions to it.
Also visit Itmad-ud-Daulah, built in 1622, I'timad-ud-Daulah is a tomb of Mir Ghiyas Beg, father of Empress Noor-Jahan, the wife of Emperor Jahangir. It overlooks the River Yamuna and is beautifully conceived in white marble, mosaic and lattice. Also described as a jewel box, it sets a precedent as the first Mughal building to be faced with white marble inlaid with contrasting stones.
Spend the evening at leisure.
• Sunrise visit of Taj Mahal (Closed on Friday)
• Visit Agra Fort & Itmad-ud-Daulah

Morning after breakfast drive to Jaipur.
During your drive, you will visit the once seat of Mughal legacy, which is an abandoned city glowing red under the sun, Fatehpur Sikri - the deserted red sandstone city built by the Great Mughal Emperor, Akbar, as his capital and palace in the late 16th century is just 37km from Agra.
Continue your drive to Jaipur, arrive and check in at the hotel
JAIPUR – the capital of Rajasthan province is known for its arts and crafts, jewellery, hand-painted fabrics and stone sculptures; it is one of North India’s finest examples of a planned city embodying the best of Rajput and Mughal architecture.
Spend the rest of the evening at leisure.
• Drive to Jaipur
• Enroute visit Fatehpur Sikri

Today morning after an early breakfast visit the hilltop fortress at Amber. A jeep will spare you the trouble of reaching up to the fortress. Once on top, stroll through the sprawling complex of courtyards and halls.
En-route to Amber Fort you will stop and see the `Palace of Winds’, otherwise known as Hawa Mahal (Only Drive past). It is really an elaborate façade, extremely intricate in its pink sandstone carving.
Afternoon visit the City Palace, which is an overwhelming complex of exquisite palaces, gardens and courtyards, decorative art and carved doorways.
Afterwards visit Jaipur's Jantar Mantar is the most famous of five observatories built by Sawai Jai Singh in India. Jai Singh was a great admirer of progresses and research made in the fields of science and technology, and he was passionate about astronomy
• Visit Amber fort – a UNESCO world heritage site
• Half day city tour

After breakfast, you will drive back to Delhi. Upon arrival in Delhi, check-in at the hotel. Spend the rest of the day at leisure. (Note: - Vehicle will not be with you this evening in Delhi at disposal)
• Drive to Delhi
• Rest of the day is at leisure

Transfer to the airport for your flight back to the UK.

Guide price from
£1261
Guide price is per person. Based on 2 people sharing for 7 nights. Flying from regional airports. Year round departures. All overseas transfers included.
Call free
0800 412 5292
You may also like... 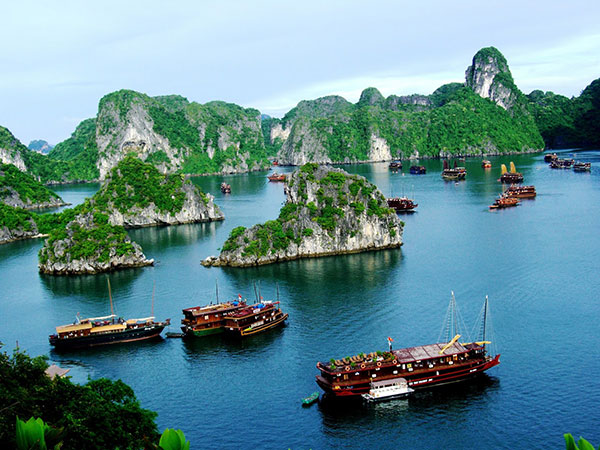 Far East Tours Explore the highlights of the Far East with our hand-picked selection of tour holidays. With a tour, you can combine several destinations into one carefully-planned...

Far East Multi Centre Holidays The Far East is such a wonderful and diverse region that it makes sense to see as much of it as you can. With our... 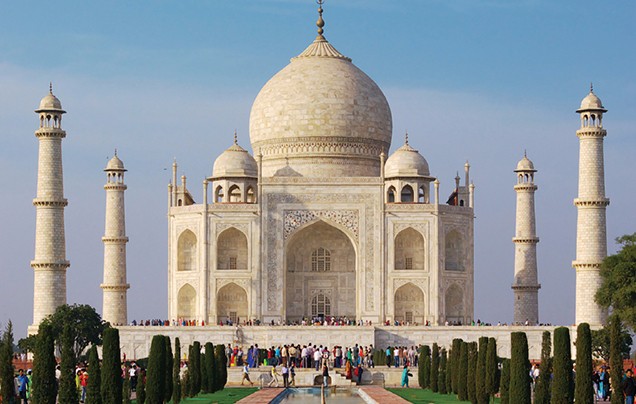 India Awe-inspiring palaces, ancient civilisations, vibrant cities and tranquil beaches, are just some of the highlights waiting to be discovered on luxury holidays to India. From...
How to book
This website features a small selection of our holidays, we have hundreds more available and can tailor make your perfect getaway.
Call our specialists on:
0800 412 5292
7 days a week Mon-Sun (8am-11pm)
Why choose us?
Already booked or need help with your holiday? Call the Hays Faraway customer services team on 0333 033 9985