Emirates is one of the world's most prestigious and trusted airlines, offering excellent service and onboard extras, setting them apart from the rest. Emirates operates 16 daily flights to Dubai from six UK airports, connecting to over 100 destinations on 6 continents.

Economy Class passengers can enjoy a comfortable flight with superb meals and a complimentary selection of drinks, all complemented by world-class award-winning service. Featuring a seat pitch of up to 34 inches, Economy Class provides ample legroom and personal seat back TV screens with ice, Emirates' award-winning in-flight entertainment with up to 1200 channels on-demand in all classes. A generous 30kg checked-in baggage allowance and complimentary seat selection at the time of booking are just a few of the added touches that complete the Emirates experience.

Hays Faraway has special upgrade rates, so why not consider upgrading to Business Class or First Class to make your holiday truly special.

With Emirates' extensive network, it's easy to combine Dubai with a host of other destinations around the world for an unforgettable travel experience. 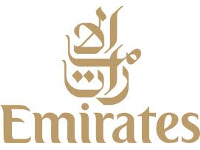 How would you like to fly with the best?

Etihad Airways is delighted to have been voted the World's Leading Airline for the fourth year running at the World Travel Awards*. Inspired by their home Abu Dhabi, the heart of modern Arabia, Etihad Airways takes the spirit of warm Arabian hospitality into the air. You can enjoy outstanding service on their new fleet of luxury aircraft. Experience more choice in Coral Economy Class, stretch out on an award-winning fully flat bed in Pearl Business Class, or relax in your very own private suite in Diamond First Class.

Welcome to a new world of comfort and convenience. Etihad offers swift connections triple daily from London Heathrow and double daily from Manchester to more than 80 destinations across five continents, including Middle East, North America, Africa, Australia and Asia.

Together, Delta Air Lines, Air France and KLM offer an unsurpassed global network with services to more than 350 destinations in nearly 70 countries on six continents. With the additional convenience of being able to access this network from 24 UK departure airports, detailed below:

KLM's hub at the award-winning Amsterdam Schiphol Airport and the Air France hub at Paris Charles de Gaulle Airport offer seamless connections from all of the above UK departure points. In addition Delta Air Lines flies from London Heathrow to Atlanta, Boston, New York-JFK, Detroit and Minneapolis from where connections can be made to domestic USA and international destinations.

A range of onboard classes are available in which you are able to choose from Economy, Premium Economy, Business Class and First Class services. All long-haul aircraft feature individual in-flight entertainment systems*, excellent legroom and a high standard of in-flight service.

With the UK's most comprehensive route network, British Airways has flights to more than 300 destinations worldwide. Enjoy the convenience of being able to travel from your local airport to all of these destinations, with departures available from: Aberdeen, Edinburgh, Glasgow, Newcastle, Manchester, Newquay, Jersey, Dublin & Belfast.

All of the above regional airports connect globally via British Airways' Terminal 5 at London Heathrow. Direct departures are also available from London Gatwick to the Caribbean and beyond.

As a full service airline, British Airways offers a range of on-board classes, including World Traveller (Economy), World Traveller Plus (Premium Economy), Business Class & First Class, with all offering a high level of service and attention to detail.

British Airways' World Traveller offers a great value service, including complimentary three course meals designed by leading chefs and a complimentary bar service on all flights, in addition to an ample legroom of 31 inches, personal video screen with over 200 entertainment options on demand, amenity kit and choice of online or airport check-in.

Upgrading to World Traveller Plus provides an additional 7 inches of legroom, wider seats, upgraded dining and a more intimate cabin experience. Hays Faraway has special upgrade rates, so why not also consider upgrading to Business Class or First Class to make your holiday truly special for the ultimate in comfort and luxury.

For over 26 years, Virgin Atlantic has been one of the world's leading long haul airlines. Virgin are famous for creating memorable journeys by providing award-winning, excellent value products and friendly service in every class, annually flying over six million passengers to over 30 of the world's most amazing destinations. A range of classes are available, all offering a high-quality service - choose from Economy Class, Premium Economy and Upper Class.

It's a big, wonderful world, and Virgin Atlantic is proud to fly to 33 of its most exciting destinations. Fly in style to eleven cities across the US, soak up some Caribbean sunshine or explore your wild side in Africa. Experience the extraordinary in Delhi, discover the chaotic splendour of Hong Kong, indulge in some Shanghai Chic, wonder at the megatropolis that is Tokyo, or live it up 'down under' in cosmopolitan Sydney.

How to book
This website features a small selection of our holidays, we have hundreds more available and can tailor make your perfect getaway.
Call our specialists on:
0800 412 5292
7 days a week Mon-Sun (8am-11pm)
Why choose us?
Already booked or need help with your holiday? Call the Hays Faraway customer services team on 0333 033 9985